ASSISTING THE NEW GENERATION OF AVIATORS 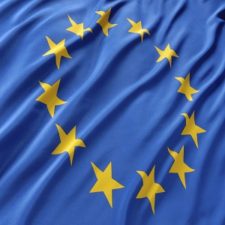 Everybody seems to be talking about EASA and FAA and you feel a bit confused?

There is a lot of misunderstanding when it comes to Authorities and what they do, and why you should care about them. For the sake of simplicity, we will not go into too much depth in this post.

When Aviation really started to take off (pun intended) countries around the world came together and decided it would be a good idea to set up some ground rules for everybody to follow. Simple things like that you are allowed to stop for technical reasons in any country along your flight route. The Organization that takes care of these rules is called ICAO – The International Civil Aviation Authority. Almost any country on Earth is part of the ICAO and complies with their rules and regulations. At the time of this writing there are three countries not member of the ICAO.

The ICAO mostly comes up with Ideas how to make Air travel safer for everyone. They develop SARPS – Standards and Recommended Practices that member countries should adhere to.

Since the SARPS set by the ICAO have to be valid for a lot of different countries, regions, airspaces, airports and operators (Airlines) they are very broad formulated.

To make things more specific for each country, governments around the world developed their own Civil Aviation Authorities – CAA. Each Authority is responsible for all things Air Travel in their own region or country. These Authorities have rules regarding, Airports, Airspace, Air Traffic, Operators, Flight schools and training centers as well as Licensing of Pilots and much more…

This is where it becomes interesting for you. If you want to train to become a Pilot, your Flight school has to be registered with their respective CAA. Once you are due for a Check ride the CAA will send an Examiner that tests you on the rules of that specific Authority.

With the Check ride Passed the Authority will check your documents and issue you a License. Other countries and CAA’s can choose to accept this license just as it is or ask you to do extra training or repeat parts of it or the full license in some cases. That’s why it is important to have an idea about what you are starting when you start under one authority.

Okay but what about EASA?

EASA is the European Union Aviation Safety Agency. EASA does in Europe what ICAO does World wide = They develop rules and regulations for Air Travel in the European Region. They do NOT issue licenses. Your license is still issued from the individual CAA you train under.

So, if you trained in Germany and were tested under German rules and regulations you will receive a License from the German CAA. This License will follow all standards from the ICAO since Germany is a member of the ICAO. It will also follow the rules and regulations and be recognized in any other EASA Member state, because Germany is a EASA Member state.

So, what is the FAA?

The FAA is the Federal Aviation Authority = the CAA of the United States of America. A License issued by the FAA is valid in all FAA territories and since the US and the FAA have strict rules their licenses are recognized in a lot of countries around the World without much work on the Pilots side. The same can be said for EASA Licenses (= Licenses issued by EASA Member States). FAA Licenses do confirm to ICAO standards since the US is a member of the ICAO and abides by their rules and suggestions.

The GCAA is the General Civil Aviation Authority and Responsible for Air Travel in the UAE.

Why you should care

Apart from training, Pilots should think a little bit about their future when choosing under what Authority their licenses should be issued. You will need to renew or revalidate your ratings and licenses at some point, and most authorities would want you to do that in their country or with their own examiners which could prove difficult. Similar are Medicals, you will need to renew your Medical and should inform yourself how and where you can do that with the Authority. It is also partly your responsibility to stay up to date with information, rules and regulations so it is wise to get yourself familiar with your authority, be able to understand their publications and website etc. Most Airlines usually require you to transfer or convert your license to the “local” Authority – a process which can be lengthy and difficult with some Authorities.

Which one is the best?

There are heated debates and discussions about this topic. In very general terms with a FAA or EASA License you will be able to fly anywhere in the World without too much trouble converting your license to a local equivalent. During Training there are differences in cost, length and style of training. Ultimately you should ask yourself which License is best for YOU.

Hopefully this post covered all the questions you had about EASA, FAA and introduced the ICAO to you. Feel free to add, share and update any information in the comments below!